THE FAIRLIGHT FOUNDATION
Support The Fairlight Foundation
The Fairlight Foundation is a registered charity. Our mission is to advance more women in New Zealand's agricultural industry.
We want to remove all barriers for aspiring rural women, including financial, so we deliver our course completely free of charge.
If you would like to donate, please email us on the link below and we will be in touch.
Receipts will be provided for all donations over $50
donate now

The internships are based at Fairlight Station, Kingston, Northern Southland. Captain John Howell (1808-1874) from Fairlight, Sussex County, England purchased the original 12,000 ha property near Garston, in Northern Southland from his son-in-law, William Cameron in 1862, and named it Fairlight Station. Subsequently, the Howell family developed the property into one of the first sheep and beef stations in New Zealand. It initially sold produce to gold miners in the Queenstown area. It was later subdivided, with the present station retaining its original name. The two-story iconic Georgian style homestead at Fairlight, built by Captain Howell, is today a Heritage New Zealand property occupied by station managers Simon and Lou Wright and family.

Fairlight Station was purchased by Doug and Mari Harpur in 2003 as Fairlight Station Ltd. The Wright family became shareholders in 2016. With additional adjacent land purchases Fairlight Station is now 3,800 ha consisting of 500 ha of arable land and 2000 ha of hill country. Current livestock include 2300 red deer hinds, 120 stags and 2000 weaners, 620 beef cows, 25 bulls and 160 calves, and 3600 cross-bred ewes and 1000 lambing hoggets. The station also has a significant Douglas fir forest.

Doug and Mari Harpur have a genuine and long-standing passion for advancing women not just in the rural industry, but also in the area of scientific research as seen by their internship programme at The Kenauk Institute in Canada. The Kenauk internship programme aims to advance women with a keen interest and passion for the biological sciences.
The Fairlight Foundation on-farm training programme has been a vision that the Harpurs and Wrights have had for many years.

This concept progressed when Simon and Lou's daughter Holly started working for Laura Douglas in 2019 at her nearby agritourism business Real Country.  Laura, who is passionate about supporting women in agriculture, was running farm skills workshops for young and adult women to help build their confidence. After some passionate discussion between the Fairlight and Laura, The Fairlight Foundation was born and Laura was brought on board as Executive Director, with overall operational responsibility.

The Fairlight Foundation is now a registered charity.  It was established in 2020 with the purpose of advancing women in the agriculture industry in New Zealand. The Foundation is governed by a Board of Trustees to ensure the integrity of its operations and to uphold the 100 year vision of its founders.

The Foundation recognises that women remain under represented in leadership roles in agriculture. It believes that to succeed in the rural industry today, aspiring rural professionals need well rounded practical expertise supported by formal qualifications.

Internships are the foundation’s signature programme, aiming to enhance career pathways by immersing women for twelve months in working station life so they learn a broad range of practical farming skills, while also completing nationally recognised formal industry and/or academic qualifications with our tertiary training partners. 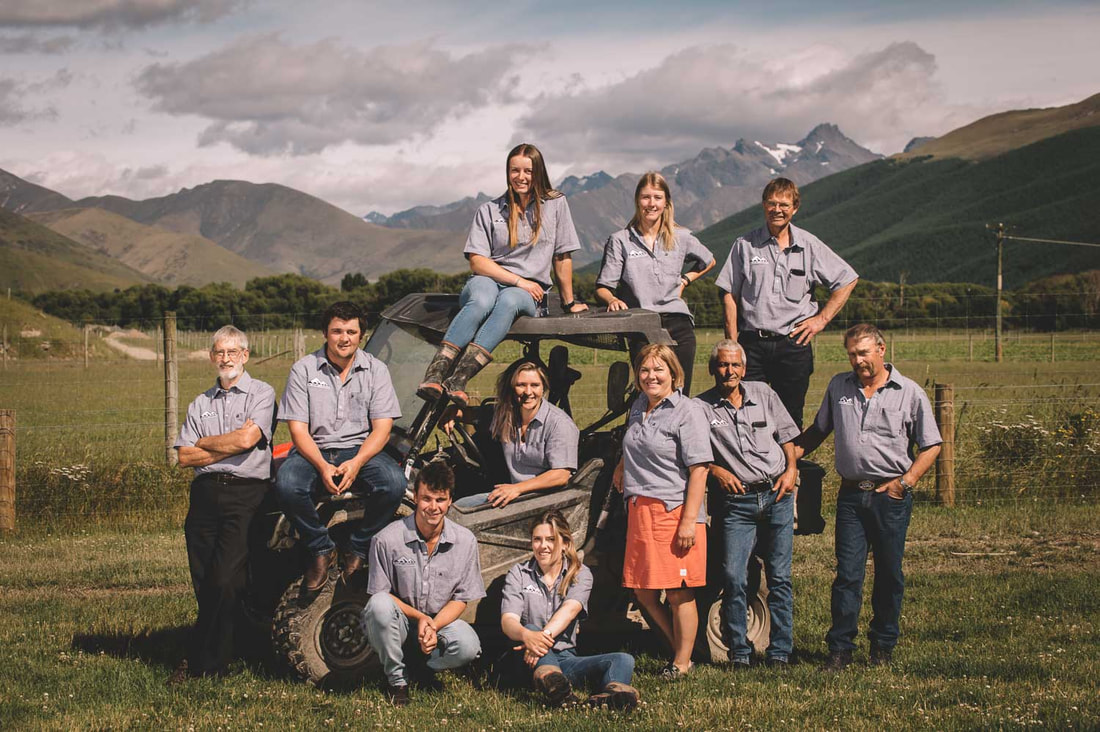 Fairlight Station is located in Northern Southland, just a 45min drive south of Queenstown. We are part of a very close-knit rural community and are fortunate to have some of the best spots for hunting, fishing and hiking right on our doorstep.

We are surrounded by some of the biggest sheep and beef stations in the South Island so there are plenty of like-minded rural professionals to meet and connect with.